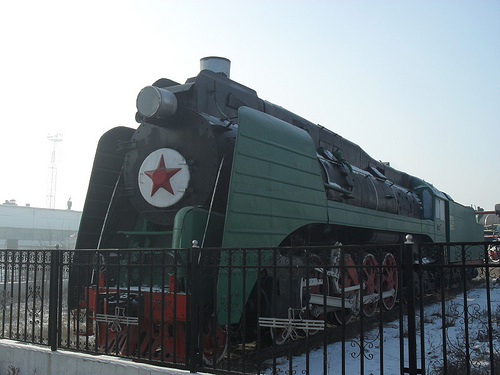 While the popular tourist season for Trans-Siberian tours runs from May to late September, one of the best times to experience the sights of the tour is winter. Sure, the tour has something special to offer at any time of the year, but winter is truly special. It’s during this time that you can take in the snow-white laced trees and the vast dales that run away from the window of your cosy compartment. From the ice-covered, peaceful, and tranquil beauty of Lake Baikal to the Crystal Seal Festival of Ice Sculpture held at the lake as well as the renowned Festival of Ice Sculpture in Harbin. There’s also the Russian bania, snow fights, the Shrovetide pagan celebration, and even husky sledding in Siberia.

Wherever you visit during winter Trans-Siberian tours will be extremely cold but wonderfully magical. Just picture Siberia as it should be – snow shrouded forests, frozen rivers, and everyone wrapped up in atmospheric furs.

One of the best things about a winter tour is that there are a lot less tourists. Here are just some of the sights you will enjoy.

Just 15 miles from the China border, Khabarovsk stretches along the banks of the Amur River. It was originally a military post in 1858, but the region has since been populated with people of the Far East. Today, it is a bustling city with lots to see and do. Simply take extra warm clothing during your winter Trans-Siberian tours and enjoy the memorial of Yerofey Pavlovich Khabarov. He was the Far East explorer that the city was named after. There also a World War Two memorial of fallen soldiers and the Regional Museum where you can learn about local history from the rich collection of artefacts.

This beautiful lake conjures up true imagery of a winter wonderland during winter Trans-Siberian tours. It is probably one of the greatest highlights as you travel through Siberia during the winter, and there are few natural sights that can surpass the grandeur of the lake. It takes about five hours to wind through the tunnels and along the cliff-hugging tracks just above the frozen lake. The vista of snow-capped peaks is nothing short of breathtaking, making for the ultimate winter backdrop. Lake Baikal is completely frozen over in the winter. It’s the deepest lake the world has to offer. Also, you can visit the Ice Festival and take in the amazingly intricate works of ice art.

You can even take a hovercraft over the frozen lake over to where the dog sledding, ice fishing and snowmobile driving are popular. Enjoy the ideal vantage point to really take in this magical location.  Do take the opportunity to try out ice fishing and have a taste of the freshly caught fish which is usually smoked and served with an ice-cold vodka.

Suzdal is a pastoral town and one of Russia’s most preserved walled cities. Suzdal dates back to 1024 and lies 22 miles from Vladimir. Here, you can visit St. Euthymius Monastry and take in the enchanting choral performance by the local monks. It’s so nostalgic; it’s a perfect destination to spend a wintery day.

This capital of Urals was founded by Peter the Great in 1723. The Ural Mountains act as a natural border between Asia and Europe, and here you will see how both the Asian and European architectural and cultural influences come together to create a fascinating culture.

During your winter Trans-Siberian tours, you can visit the site where the Romanov Tsar Nicholas II of Russia was executed along with his family by the Bolsheviks back in 1918 after 78 days of being imprisoned. Today, there stands a church that is dedicated to the family’s memory and the site offers great insight into the Russian Revolution turmoil.

So pack your winter woollies and head off on the ultimate of Trans-Siberian tours in the winter.