The city of Barcelona is a jewel located in the northeastern region of Catalonia in Spain. The city is known for its architectural landmarks, its markets and its urban beaches. 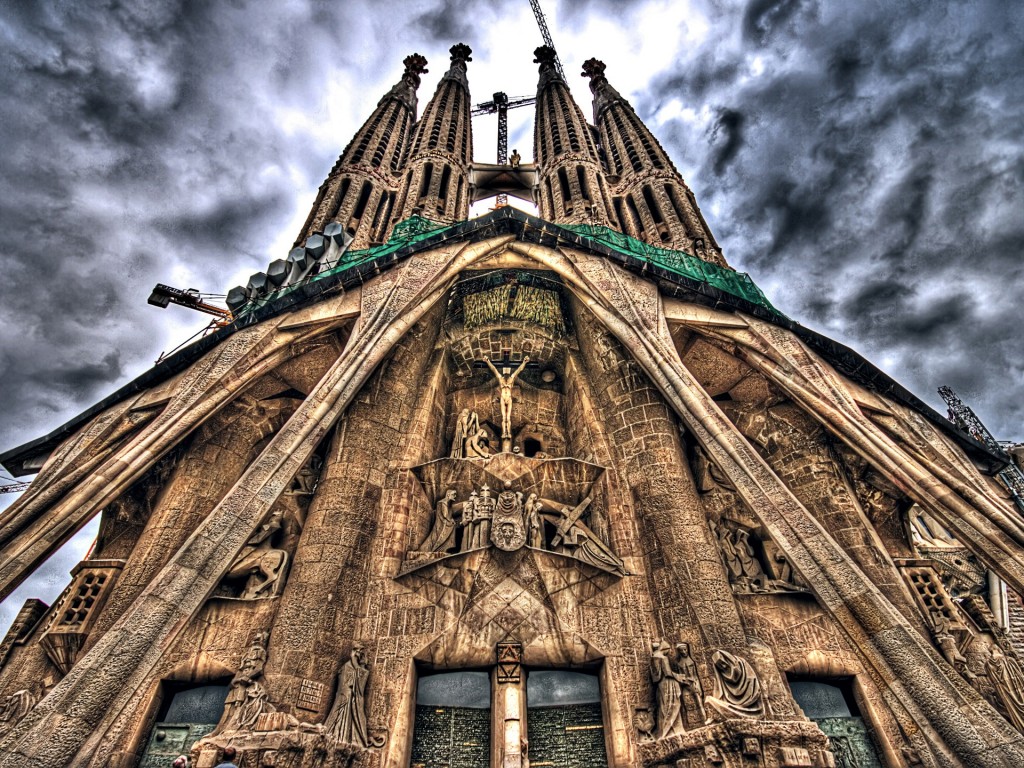 There are many architectural landmarks around the city center. The Sagrada Familia is one of the city’s most recognized symbols. This unfinished cathedral was designed by Gaudí and is yet to be completed. There are several carved facades decorated with figures and statues representing scenes, and two of the towers have been completed. Visitors can climb up the towers in order to enjoy views towards the city center.

In the Eixample district visitors will find two other buildings designed by Gaudí. Casa Batlló has a colourful facade decorated with pieces of mosaic, trencadis, that can be seen in many other buildings around the city. The ancient mansion has iron balconies in the shape of skulls and narrow windows. The nearby Casa Milá is a larger building. This building has a wavy, stone facade. Visitors can enjoy guided tours around the building, which was built with no straight lines. The top floor has a gallery dedicated to Gaudí and some of his designs. The rooftops, decorated with chimneys in the shape of stone warrior statues, are known for their views towards the city.

If you want to live in the heart of the city, do not miss the Gothic Quarter. This ancient neighbourhood is located close to the city center and is famous for its grand Gothic cathedral and the cloisters, filled with geese. This area has plenty of affordable accommodation, which is ideal if you are planning to visit Barcelona, including youth hostels for the backpackers and boutique hotels who want to enjoy a city break.

Eat your way through the city.

Barcelona is a city known for its variety of food. Do not miss the chance to taste authentic Catalan dishes, which are surf and turf dishes, mar i muntanya. Squid and rabbit, a variety of vegetables and the local version of crème brulée make for a filling meal.

If you are interested in cooking yourself, then the Boquería market is the place you should visit. This traditional market, located off La Rambla, has been transformed into a trendy space filled with colourful stalls. There are many other markets in the city, including the famous Sant Antoni market which is filled with Spanish culture.

Relax on the beach.

Barcelona has many natural landmarks. The Montserrat mountain makes for an interesting day trip and is an ideal chance to visit one of the region’s oldest monasteries. The Tibidabo mountain is a fun destination and has a large museum representing traditional Spanish villages from all over the country and a large theme park filled with roller coasters.
The are many nearby coastal towns and resorts known for their sandy beaches and terraces with seaside views. Do not miss the city’s largest urban beach, Barceloneta, and explore the beach promenade, filled with cafés and seafood restaurants. Walk around the Port Vell area, where you will be able to enjoy views towards the ship and visit the aquarium.