How to Infuriate a Kiwi

New Zealanders will muse how it really isn’t possible to annoy them and how they will get a kick out of your attempts to do so. Voted second, only behind Icelanders, for how accepting they are to foreigners you may wonder how do you actually do annoy a Kiwi? The truth is that it is possible to bring a Kiwi into a fury and here are a few ways to do just that. 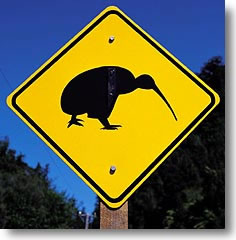 Just Assuming that New Zealand is the same as Australia

Australia and New Zealand are culturally different, geographically different and politically different the only thing that is remotely similar is there accent and that is only fleeting. Kiwis do not like being thought of as Australian just as Canadians don’t like to be thought of English. They will understand an accident when it comes to hearing the accent, but what will really annoy them is if a person totally believes there is no difference between the nations. Expect to hear a harsh piss off, if you ask a New Zealander about kangaroos, boomerang, or Ayers Rock.

One of the oldest ongoing jokes Australians have is that New Zealanders like to get it on with sheep. The genesis of this joke stems from the fact that there are more than 33 million sheep presently in New Zealand – only a third of what it was 25 years ago – which is 7 sheep per person. You know when you have heard the same joke a million times, multiply that by a thousand and you have the feeling New Zealanders get when they hear this. If you spout off this knowledge they will definitely get annoyed, if you are Australian and you do it they will be doubly annoyed.

Kiwis’ love rugby as it is hands down the national sport of New Zealand. Talking disparagingly about the game is definitely one way that you can annoy a lot of Kiwis. The truth is that it is quite a feat that a nation with just 4.4 million people currently holds the Rugby World Cup. If you really want to get a group of Kiwis ready to have you gang tackled talk about how American Football is a better, tougher sport. If you want to push it further tell them rugby is a brute game that has no strategy. They’ll probably offer to show you what it’s like to play rugby right then and there.