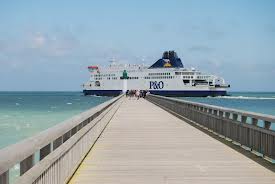 When you’re from the United Kingdom, there’s a natural tendency to want to strike out for the continent from time to time. Sure, Britain will always be home, but the knowledge that you live in a nation that is considered a part of Europe but not connected by land makes you feel like the perpetually forgotten uncle at a family reunion. There’s only one way to right this wrong – and that is to get across to the mainland whenever possible! 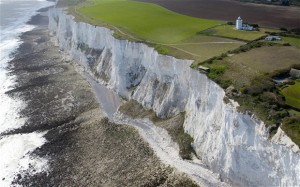 You have many options open to you, be it by land, air or sea, but we’re going to recommend taking the sea route if for nothing more than a change of pace (and it gives you an excuse to head to Dover – if you’ve never done so, shame on you!). Ferries have seen a resurgence in appeal for travel but there are still some unfortunate misconceptions going around that need to be addressed. Take a look as we disprove some of these falsehoods below:

It’s a Pain to Travel By

Who knows who started this outrageous falsehood – maybe it was someone from the airplane lobby! Regardless of this, travelling by ferry may be the easiest way to cross the sea, particularly compared to air travel. The ports are located in easy to get to areas and depart on a shocking regular schedule – the same can’t be said for airplanes! Add in the fact that most rates are a fraction of what it would cost for a family of five to travel by plane, even on the discount airlines, and you won’t travel any other way.

Crossing the Atlantic to North America may take a while but the English Channel is a tiny strip of water that can be traversed in about 90 minutes. Compare this with the headache of taking the Chunnel during peak traffic times or hassle of getting to the airport and you’ll understand why taking a drive to Dover to depart for Calais is actually the smarter used of time.

Travelling by ferry is anything but boring, especially compared to travelling solely by car or plane. On a ferry you can walk around, stay inside or get some fresh air above deck, watch the sea roll by and the landscape change as you depart and arrive. Unlike cramped cars or planes, you have the freedom to do what you want – the time will fly by!

There’s Nothing Worth Seeing in the North of France

For the travel snobs who think the only things worth seeing in France are Paris and along the Riviera, you’re in for a shock. On top of being a great point of history for the landing of the troops during WWII, the beach towns of Calais, Outreau, Wimereux and many more have a feel all their own and a much more relaxed pace than the built up areas to the south. It’s great for a day trip of exploration or a weeklong jaunt – you won’t regret it!