What to Explore in Seville

The city of Seville is one of the largest cities in Andalusia, a southern region in Spain. The ancient cities has many cultural attractions, an ancient cathedral next to a Moorish fortress and a Jewish Quarter. Below you will find a guide to the sights of Seville and areas to visit on your holiday. 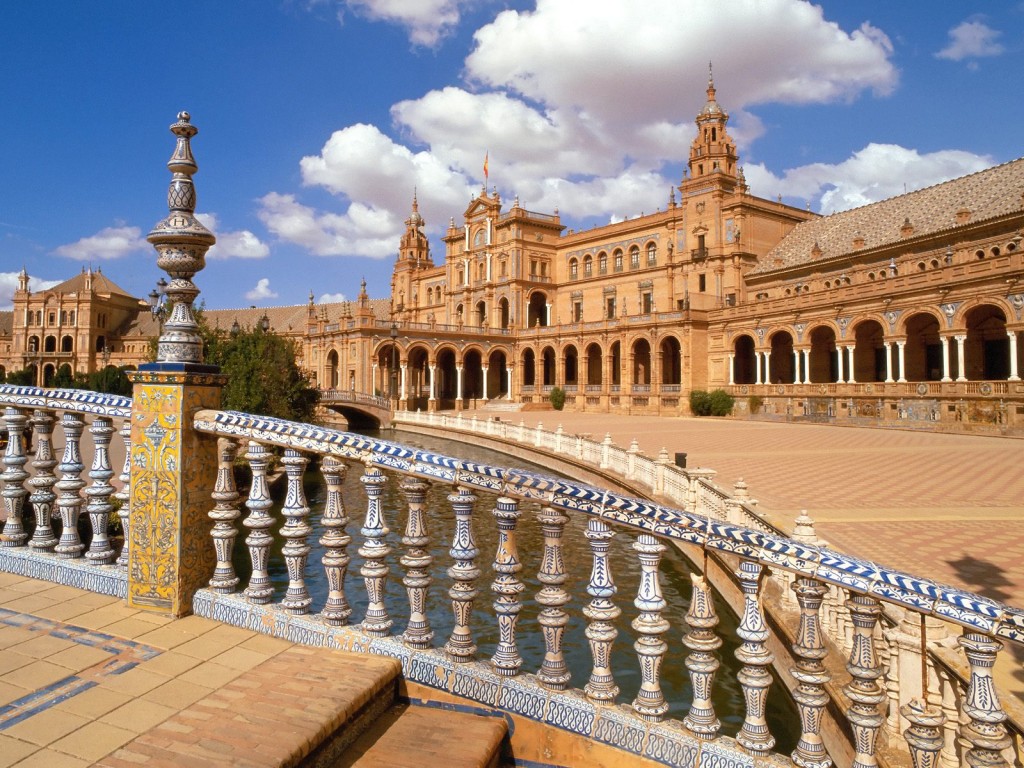 The Cathedral and the Giralda.

Two of the city’s most famous landmarks are the Cathedral and its bell tower, the Giralda. The cathedral was built on the ruins of an ancient mosque, and the Giralda tower used to be the mosque’s minaret, which was later transformed into the bell tower. The cathedral is known for its architecture, with several chapels decorated with gilded decorations and galleries filled with relics. The Retablo Mayor altarpiece is one of the cathedral’s attractions, a large altarpiece with hand carved sculptures covered in gold. Visitors can climb up the Giralda tower, from where the city and the Guadalquivir river can be seen.

This ancient fortress was built by the Moors and later rebuilt by the Christians. Each hall is a piece of history, decorated with ancient paintings, sculptures and tapestries. The fortress was later transformed into a palace. Visitors can walk around the palace gardens and patios, with have many fountains.

This centric, historical quarter is where most of the city’s landmarks, including the Alcazar and the Cathedral, are located. Part of the quarter’s ancient cobblestone streets used to be the city’s Jewish Quarter, an area filled with stores. Visitors can walk around this area, which has many tapas bars where visitors will be able to try many varieties of local wine and shops. Many of the traditional white washed houses have been transformed into hostels and hotels with pools and patios. There are many squares, including the main Doña Elvira square, where visitors will be able to enjoy a beer with some fried tapas. A short walk away are the Murillo Gardens, which have several fountains and statues.

María Luisa Park and the banks of the Guadalquivir.

Seville’s most visited park is the María Luisa Park, located on the banks of the Guadalquivir river. The park has many paths lined with exotic plants. In the center of the park there is a square, the Plaza de España square, which was built for an expo. The buildings around the square are mostly museums, and there is a canal with bridges in the center of the square. The perimeter of this semicircular plaza is decorated with niches covered in colourful tiles. Each niche has a bench and a mural, and each niche represents a Spanish province. A short walk away is the river, where visitors can enjoy a cruise. Most cruises are guided cruises that tell the city’s history. The riverside Torre de Oro tower can be seen from the boat.

Triana district.
The district of Triana is another popular neighbourhood. Triana is located on the other side of the Guadalquivir river. The traditional gypsy district is known for its flamenco culture, and some of the most famous flamenco bars are located in the area. Many traditional tile shops can be seen in the neighbourhood, and most of the tiles that decorate the Plaza de España and other landmarks were made here. After enjoying some stuffed olives in a terrace on the banks of the Guadalquivir, visitors can explore this side of the city, where many building related to the Inquisition are locates. In the afternoon, enjoy an authentic flamenco guitar show accompanied by a variety of tapas.