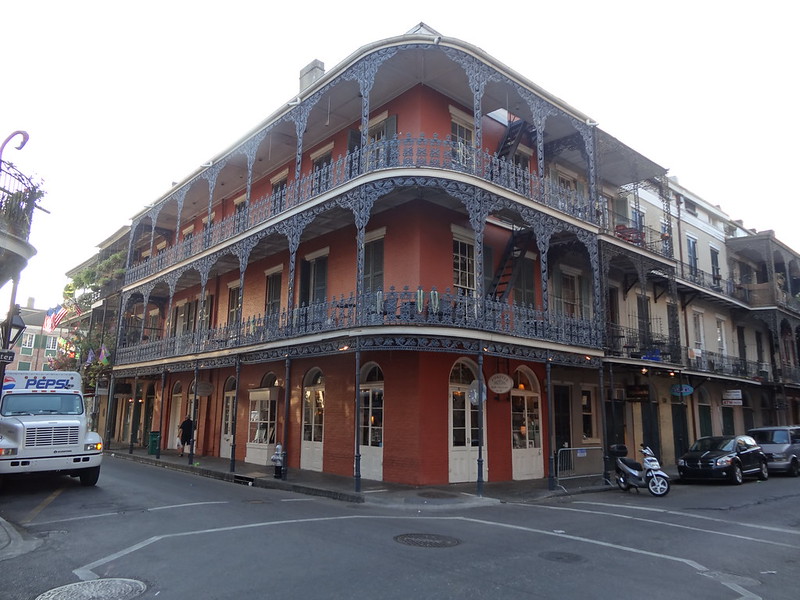 New Orleans, Louisiana, or “NOLA” to the locals, is exactly as magical a place as you’ve heard. Literally, in fact, if you know anything about its history as a voodoo hotspot. Like voodoo, NOLA is the result of a unique mixture of French, Creole, and West African heritages. A vacation there promises a nonstop overload of colorful art, architecture, cuisine, culture, and history.

Honestly, if you want to see every awesome thing the area has to offer, you might as well start scoping out New Orleans houses for sale. Otherwise, make the most of your trip with this list of five of the most must-see attractions in NOLA.

Let’s get the big one out of the way first. If you only have time enough to do one thing on this list, make it a priority to visit the French Quarter.

If you can, see it in all its debauched glory in the manic midst of Mardi Gras. Even if you can’t (or won’t) brave NOLA during the height of pandemonium, though, the French Quarter will still make a big impression. Built on the banks of the Mississippi River and including the famed Bourbon Street among its features, this is the very heart and soul of NOLA: row after row of decadent restaurants, dazzling art galleries, and roaring nightclubs.

We go from NOLA’s most famous attraction to one of its best hidden gems. You’re not likely to find Abita Mystery House on many other must-see lists, but what is good putting together such a list if you can’t include some off-the-beaten-path oddities.

Abita Mystery House knows a thing or two about oddities. This confounding roadside museum is an eclectic tribute to all things strange and unusual. From folk art and taxidermy exhibits to the remains of a trailer that was supposedly struck by a UFO, it will definitely make for some memorable snapshots. Just don’t forget to say hi to Darrel the Dogigator (half-dog, half-gator) and Edmond the Allisapien (half-gator, half-man) before you leave.

Arguably, nothing defines the city of New Orleans better than jazz music. The streets are dotted with countless venues where greats of the past and present alike have played. It’s difficult to nail down any one must-visit site for the music-loving tourist.

If you want to get as complete an overview of Louisiana’s jazz history as possible, though, then the best recommendation might just be the New Orleans Jazz Museum, whose priceless relics include the first jazz record ever pressed and instruments once owned and played by such legends as Louis Armstrong, Dizzy Gillespie, Sidney Bechet, and more.

No trip to New Orleans would be complete without gorging on foods that would drive a cardiologist to tears. Crawdads. Gumbo. Po-boys. Tastiest of all, though, might just be the beignets at Café Du Monde.

A NOLA landmark since 1862, this open-air, up-all-night coffee shop has long been fattening stomachs with its trademark combination of café au lait and fluffy, hot, fried doughnuts blanketed beneath a mountain of powdered sugar. One taste and you’ll agree, they’re worth every extra mile you’ll have to jog.

If Abita Mystery House wasn’t too macabre for you, St. Louis Cemetery No. 1 ought to be right up your alley. It’s the oldest and most storied graveyard in NOLA, but don’t expect to find the restless dead buried here.

See, with New Orleans so prone to flooding, local cemeteries opt not to inter the dearly departed in the earth, but rather entomb them in morbidly beautiful above-ground mausoleums. Walking through this necropolis is like wandering through a miniature city full of unusually silent citizens. St. Louis Cemetery’s most famous resident? The voodoo queen herself, Marie Laveau.