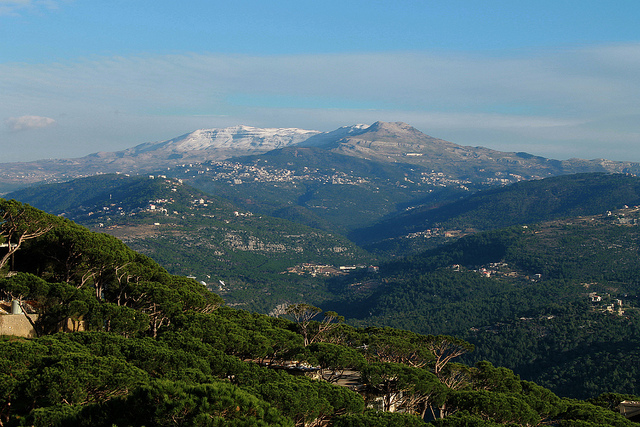 When you think about holidaying in the Middle East, it’s natural that at first you’ll turn your mind to the region’s antiquities. Perhaps you’ll bring to mind Egypt’s stunning pyramids and the Sphinx, or Petra in Jordan, the historical city over 2,000 years old that was carved out of the rock.

If you’re feeling rather more adventurous, however, there are plenty of opportunities to test your skills and nerves by taking part in adrenaline sports in many parts of the region.

Winter and summer sports in Lebanon

If you thought the whole of the Middle East was hot all the year round, think again. The mountains in Lebanon stretch from the north of the country to the south, and to the east of the capital, Beirut. The Mzaar valley has been developing its winter sports for some time now, and there are great opportunities if you like to ski or snowboard – there are 42 slopes to enjoy, with 80km of piste spread over three distinct valleys. You can also go snowmobiling, ski touring, snowshoeing and cross-country skiing.

In the summer, you can take part in thrilling sports such as hang gliding and paragliding, mountain biking and quad biking. It’s cooler up in the mountains than on the coast, but you can combine time among the peaks with a swim in the Mediterranean Sea.

Perhaps the first things you think of in Dubai are the massive buildings soaring towards the sky, especially the immense Burj Khalifa, which thrusts 2,717ft into the sky and dominates its surroundings.

If skydiving is your thing, then Dubai is the place to be in the Middle East. Even if you’ve never done it before, you can take lessons at a skydiving center. Experienced instructors will take you through how to skydive safely, building up your skills and knowledge until they consider you ready for your first adrenaline-filled solo jump.

If you’ve no previous experience, then why not try a tandem jump? You’ll be harnessed to a professional instructor, and you can enjoy the thrill of flying through the air before landing safely.

Experienced skydivers can take part in formations or learn how to freefly with a wingsuit, as well as just getting in some freefall practice.

If you’re after serious thrills, then base jumping – parachuting from a building, antenna, or cliff – may be your thing. In Beirut, M1 Group has a range of buildings in the city, and although at the moment none of them are high enough to do base jumping safely, the company is working on taller buildings for the future where it could be possible to try it out – with permission, of course. Find out more information from the M1 Group bio.

Dubai gives permission from time to time to base jump from some of its enormous buildings. However, it’s not advisable to do to it without authorization as Middle Eastern countries can have serious penalties for breaking the law.

Whatever your adventurous interests, you can find many exciting things to do when you visit the Middle East.